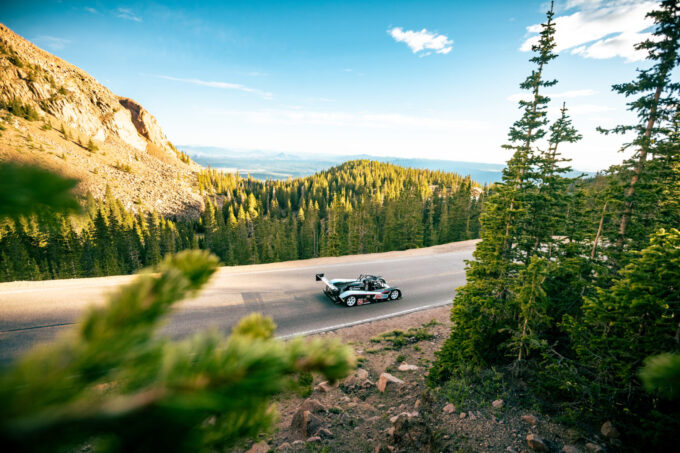 Happy summer race fans! Can you believe it’s already America’s birthday? It seems like we were just kicking off summer with the start of the AMSOIL Championship Off-Road season. A little follow up on that to come.

But first let’s delve into news about our newest Team AMSOIL member, Scott Birdsall, and regale his latest attempt to summit Pike’s Peak in record time, all while dubbed “best dressed on the mountain” in a pretty bad a** LMP1 (that runs with AMSOIL). 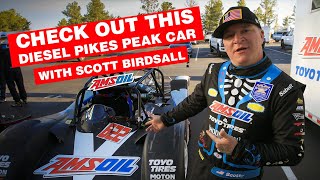 The Mountain Said No

When Scott Birdsall flipped his snowboarding career to car racing, Pike’s Peak was just something he grew up watching with his dad on TV. Then, in 2017, he set his sites on the illustrious summit. After two failed attempts, Birdsall succeeded at resetting the diesel record in 2020, breaking the record set in 2015.

He returned looking to reset his own record with a new vehicle. After experiencing some cooling issues during practice rounds, Birdsall was faced with another, less-controllable obstacle on race day, weather. Rain, low visibility and fog all led Birdsall to know going into his run that he was not likely to reset the record. But he reached the summit, a feat itself, and he leaves knowing that the LMP1 is capable of putting the diesel record up where it’s hard to reach.

Team AMSOIL was along for the climb. See all the action unfold below. 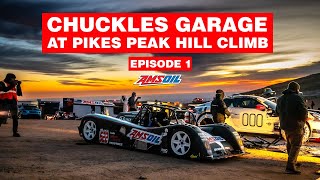 Scheuring Speed Sports’ Kyle Chaney didn’t have the breakout start to the AMSOIL Championship Off-Road season that everyone had hoped for. A mechanical issue forced him off the track in round one after leading for the fist half of the race. Chaney returned with a vengeance to prove his opening was just a fluke, running away with the lead in rounds two, three and four. Another milestone for the 2022 UTV King of the Hammers Champ? His first win at Crandon Raceway. Good thing he trusts AMSOIL to get him around Turn 1 and through to the finish line.

In the staging area

As we dive from winter there is plenty more Team AMSOIL excitement to be had. S

Check out the new AMSOIL Performance Blog with the latest up top the moment lessons why AMSOIL is the only product for your lasting motor enjoyment!